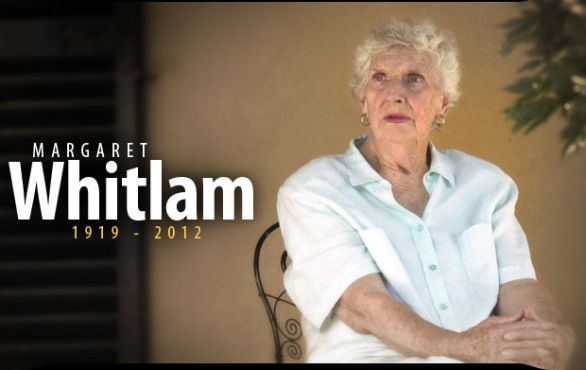 She was a Great Australian

Every other wife of a Prime Minister was a housewife, a woman who looked after the house and the kiddies and made it comfy for when Hubbie came home from work. Just like every other housewife in Australia. Just like you and me really. Mind you, those wives had a nice house with lots of hired help and a famous husband but they were still housewives.

Not so Margaret Whitlam. She was the first political wife to insist that the partner of the Prime Minister could have a public life of her own as well as assist in the public duties of her husband.

Margaret was a journalist and a social worker, not at home baking scones. She was an advocate for womens’ rights and outspoken on the necessity of contraceptive advice to be freely available to all.

She supported the legalisation of marijuana and advocated wages for housewives. Margaret Whitlam was a woman who didn’t bite her tongue.

The outrage against her advocacy was excessive, even for the early 1970s, but Margaret laughed off the splutterings of church leaders.

“I think a sense of humour is absolutely essential” she told Susan Mitchell in The Matriarchs – Twelve Australian Women Talk About Their Lives” and a sense of not being the greatest thing since sliced bread.”

Margaret Whitlam was smart and she was funny. An inspiring woman.

She was a Great Australian.

I was told to keep myself active, a suggestion I found somewhat offensive, but I heaved myself up from the couch and the BritBox and now I'm a Tour Guide. A … END_OF_DOCUMENT_TOKEN_TO_BE_REPLACED

Who is Queenie? Way back in the 20th century, in the very early 1980s, I developed a comedy character by the name of Queenie for the ABC radio and … END_OF_DOCUMENT_TOKEN_TO_BE_REPLACED