You are here: Home / Royals / The Corpse in the Queen’s Copse 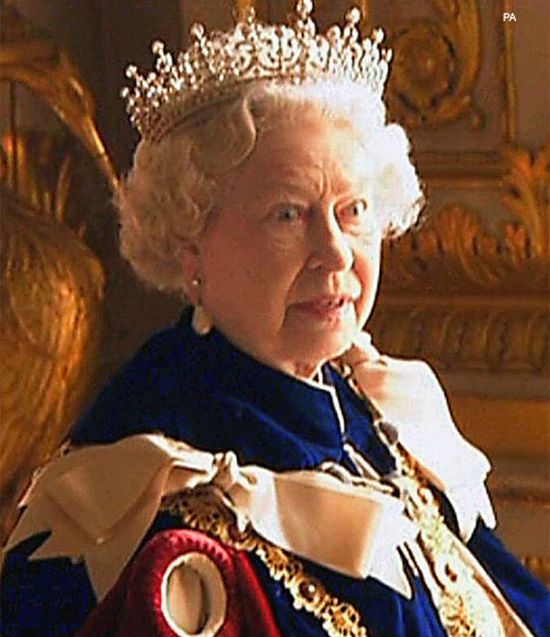 The Queen was shocked today by the discovery of a body outside her back door. Perfectly understandable, I’d be shocked too.

What’s more shocking is the fact that the corpse has been there for about three years and nobody noticed as they swept the cobblestones or picked the roses.

I suppose she has a bigger garden than I have and doesn’t have time to go round every day raking up the fallen leaves and removing the snails. 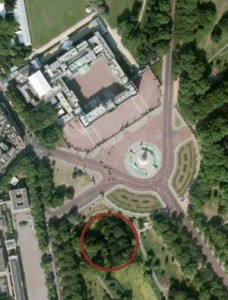 As you can see by the picture on the left (the red circle marks where the body was found), the decomposing body has been pretty close to the patio out the back.

Why didn’t anyone notice?

Is it close to the rubbish bins? That would explain why the maids putting out the kitchen scraps had no idea.

After all, who could catch the waft of a decomposing body among the prawn shells, lobster tails, caviar cans and duck legs in the bin?

Or perhaps there’s a blacker explanation.

The body is that of Robert James Moore, an American obsessed by Queen Betty Battenberg, and who sent her hundreds of strange and offensive packages over a period of 15 years.

Some of the peculiar letters numbered over 600 pages and included obscene photographs. (We won’t go into those). Definitely not the sort of bloke you would encourage. A real pest.

Did a royal someone finally get sick and tired of his letters? Did Betty, one afternoon over her watercress sandwiches, mutter “Will no one rid me of this turbulent pest“?

A tree-trimmer found the skeletal remains, surrounded by vodka bottles, as he was pruning.

Read the story at the Daily Mail

I was told to keep myself active, a suggestion I found somewhat offensive, but I heaved myself up from the couch and the BritBox and now I'm a Tour Guide. A … END_OF_DOCUMENT_TOKEN_TO_BE_REPLACED

Who is Queenie? Way back in the 20th century, in the very early 1980s, I developed a comedy character by the name of Queenie for the ABC radio and … END_OF_DOCUMENT_TOKEN_TO_BE_REPLACED