You are here: Home / Nostalgia / Give me Google Glasses 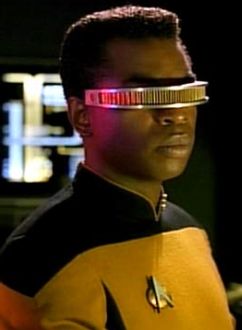 The glasses have some sort of connection by wireless, you can stay online, wired in all day, if you want to chat to people as you go about your business.

I think that’s how they work. I’ve never been much good at science, no heart for it really, particularly after the incident in grade four with Sister Martina.

There’s a video which explains things so much better than I possibly could.

Have a look at the video, “One day…,” shows how Google’s glasses might work. Do you reckon this would work for you?

We can see this bloke doing things he would usually do on his phone – scheduling meetings, taking pictures, checking the weather, getting directions, and placing a video call.

The information simply hovers over the top of his glasses and he’s controlling the interface by voice.

I’m a bit clumsy at the best of times and there’s a distinct possibility that I’ll walk into a pole, but at least I won’t be driving. I’ll be relaxing on the train, looking over into unfamiliar backyards, taking videos through the window with the flick of an eyelash and sending them to my friend, Beryl.

I was told to keep myself active, a suggestion I found somewhat offensive, but I heaved myself up from the couch and the BritBox and now I'm a Tour Guide. A … END_OF_DOCUMENT_TOKEN_TO_BE_REPLACED

Who is Queenie? Way back in the 20th century, in the very early 1980s, I developed a comedy character by the name of Queenie for the ABC radio and … END_OF_DOCUMENT_TOKEN_TO_BE_REPLACED